According to the World Health Organization (WHO is the leading authority in the field of health for work of an international character within the United Nations system), chiropractic adjustment is defined as: “Any act chiropractic using essentially controlled force, pressure, direction, amplitude and velocity, which is applied to joints and adjacent tissues.Chiropractors use these acts to act on articular and neurophysiological function. “

Chiropractic adjustments administered in an efficient and appropriate manner are safe and indispensable for controlling and treating a number of health problems. However, the manual protocols used in chiropractic have certain known risks and contraindications.

Why is chiropractic adjustment perceived as dangerous?

Because, in general, people have a hard time making the difference between what is dangerous and what is risky! Danger is defined as any potential source of harm, prejudice or bad effect to a person in certain situations, where the risk is defined as the probability that a person will suffer harm or adverse effects. harmful to one’s health in the event of exposure to danger. Risk assessment is the process of identifying hazards, examining or estimating the risks associated with a hazard and identifying appropriate ways to eliminate or control those risks.

To make an analogy simple to understand, there is a risk that a plane crashes on your house but it is not dangerous to live there since the chances that it happens, statistically, are almost zero.Therefore, there is a known risk or statistical probability, following a chiropractic adjustment, that a person is suffering harm or adverse health effects.

To put into perspective the risks associated with different situations

Each therapeutic intervention carries a risk

Unfortunately, for  vertebral manipulation , some misinformed people or, even worse, ill-intentioned, let sometimes run untruths, to scare the patients.

Minimize risk to a minimum: risks associated with chiropractic adjustment or spinal manipulation 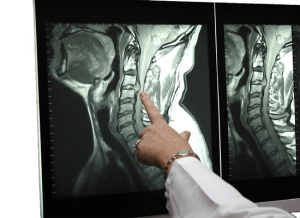 As you can see, these are conditions that occur infrequently in our patients but generally require the use of medical imaging such as radiography or magnetic resonance (MRI) to detect these conditions. contraindications to minimize the statistical risk.

Chiropractic adjustment or spinal manipulation is not dangerous, when done by a competent health professional, such as a doctor of chiropractic.

Thanks for trusting us !

You can count on our chiropractor to explain in detail the nature of your condition, the various treatments that are most effective for your condition and the time needed for your recovery. You can always ask any questions you want, in person or by phone.

Even if you are not yet a patient at our clinic, you can speak directly to a chiropractor and he will make a point of answering all your questions. In addition, all our services, including those in chiropractic, are accessible in less than 24 hours, 6 days a week.

Graduated from Palmer College of Chiropractic in the USA in 1990 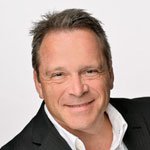 Member of the Ordre des Chiropraticiens du Québec since 1991